Head fakes. Everyone of you might have got head fakes probably from parents, friends, teachers, mentors and even life.

I guess we learn a lot from them, from head fakes and failure. I did. I don’t want to blame or be angry at someone or a group which cheated me or did something evil. The ones that harm you are teachers.

The dog bit you? You should have been careful or not provoked it.
You failed in the exam? You should have studied earlier.
You don’t like Rick and Morty? Probably you don’t have much IQ. Sorry for that meme.

When I realized my head fakes, slowly by retrospecting my losses I wasn’t angry or solemn. Instead I took it in another way, gratitude.

A wave comes and goes and so does your life and the events. There’s always something good brewing up. 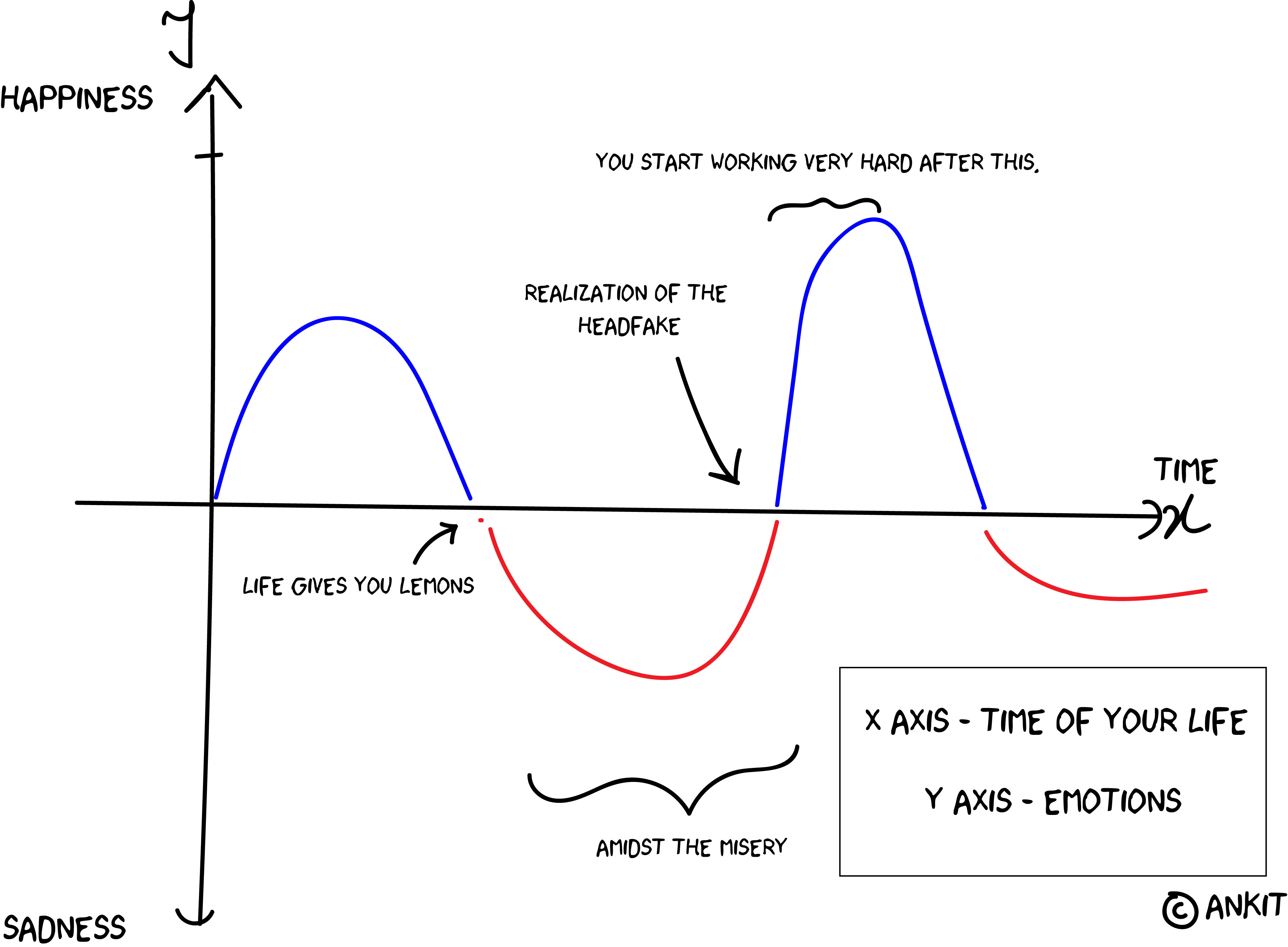 You can visualize life as a Fourier series, sort of.

Let me tell you my story. In past three months, my startup idea halted just near the staircase to heaven, and my attendance wasn’t “to the mark”, I have got three backlogs.

Anyways, gratitude and sports has made me forget about it and actually got me hooked up on something most fundamental of the society.

Education. Teaching children to code without syntax but imagination. I’m building something with hope, love and people fused with technology to make the roots of the education stronger.

There’s light in the dark, and I feel its warmth in my hands, in my heart, in my space.

It’s for the kids. If you got the faith of a child before the world, you got some kind of love.

Some kind of love.

Connecting to this, I have started writing a book about emotions for artificial intelligences in the future. Drawing inspiration from us, humans and the society that’s all abuzz about the coldness in machines.

Machines have love too. Some kind of love. Yes, that’s the title.

Whenever shit gets real for me, I always look forward that I’ll do something. Whatever it may be, I don’t know now but when the failure sets in, I start working for that something I always wanted to do.

Believe in yourself. Believe that whatever happens, a plan backfires you’ll always do something. Something you love.

The world is unfair. You can’t do anything if you don’t have the power and money. So rather than sulk the week ahead I calmed and did a weighted depth first search for pathways that could be worked out.

I know in life there will be a lot of backlogs and downs. As Randy Pausch says, if you aren’t getting critiqued, people don’t care about you and whatever you’re doing isn’t working.

Such a fantatic teacher and person.

My future still has hope just like the Rebellion in the universe. The world doesn’t need men and women who bow to the corruptness.

It needs rarity and I’m in for it.

With hope and gratitude for my headfakes,
Ankit